Miss Roman Empire-themed slots? Then you are going to love the Soldier of Rome by Barcrest. Join the victorious Roman troops and experience their might in the most unusual slot you have ever played.

What draws your attention in the first place is the very unusual reel-grid. It comprises 5 reels, which is rather common, but the first two reels consist of just two stops, while the other three feature ten stops. 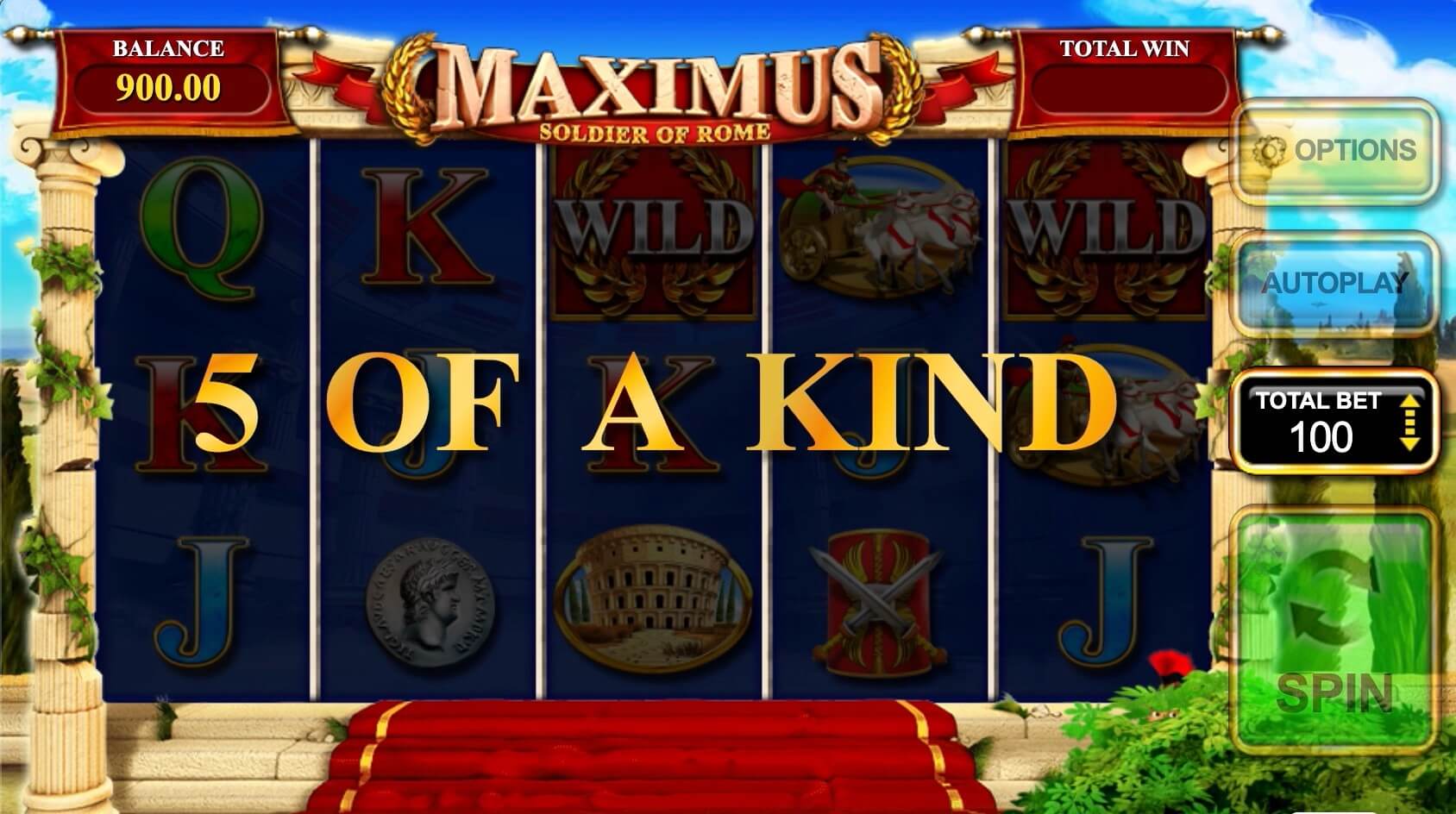 The lower five stops you are free to use, but the upper five are protected by the bars. These locked stops are activated when a bonus feature is hit. In the standard game mode there are 50 fixed paylines in the game. With the locked stops being activated, the number of paylines gets doubled.

Despite this intricate reels configuration, the essence of the games stays the same. You spin the slot to win money. In order to win, you have to hit the combination of identical paysymbols on one of the lines. As all the lines in the slot are fixed, there is no way you can pick the line to wager on. So just wait for the winning combo to land and be paid. 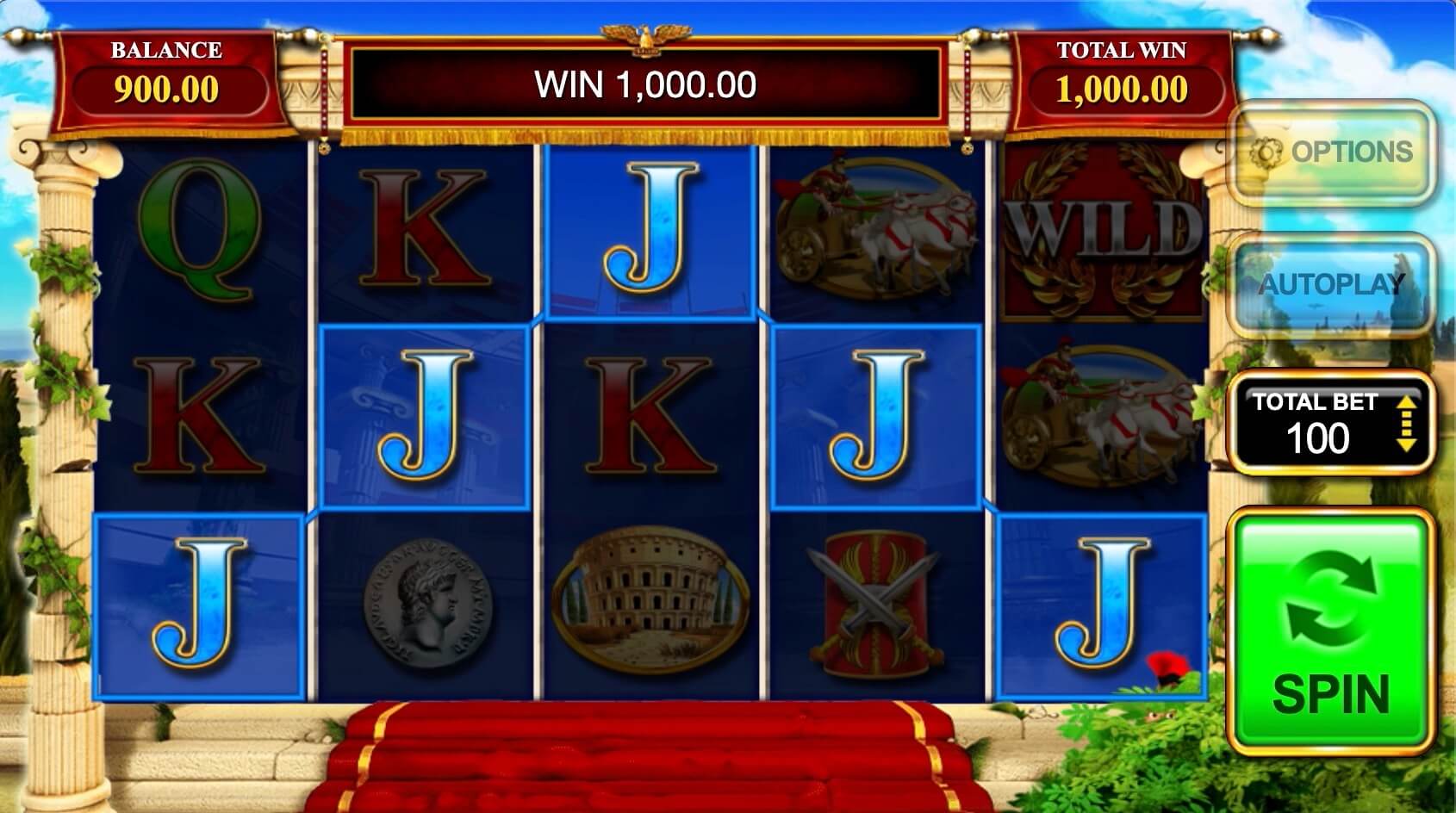 The slot’s paysymbols are partially taken from cards. There are four tiles with symbols of card suits on them. Those are the lower paid icons. The payouts for all the suits will be identical. For the five of one kind you will get 0.10. We forgot to mention that the paytable is progressive. Thus, it has no multipliers, only the final payouts. The payouts we mention in this review are for the minimal total spin bet of 0.10. 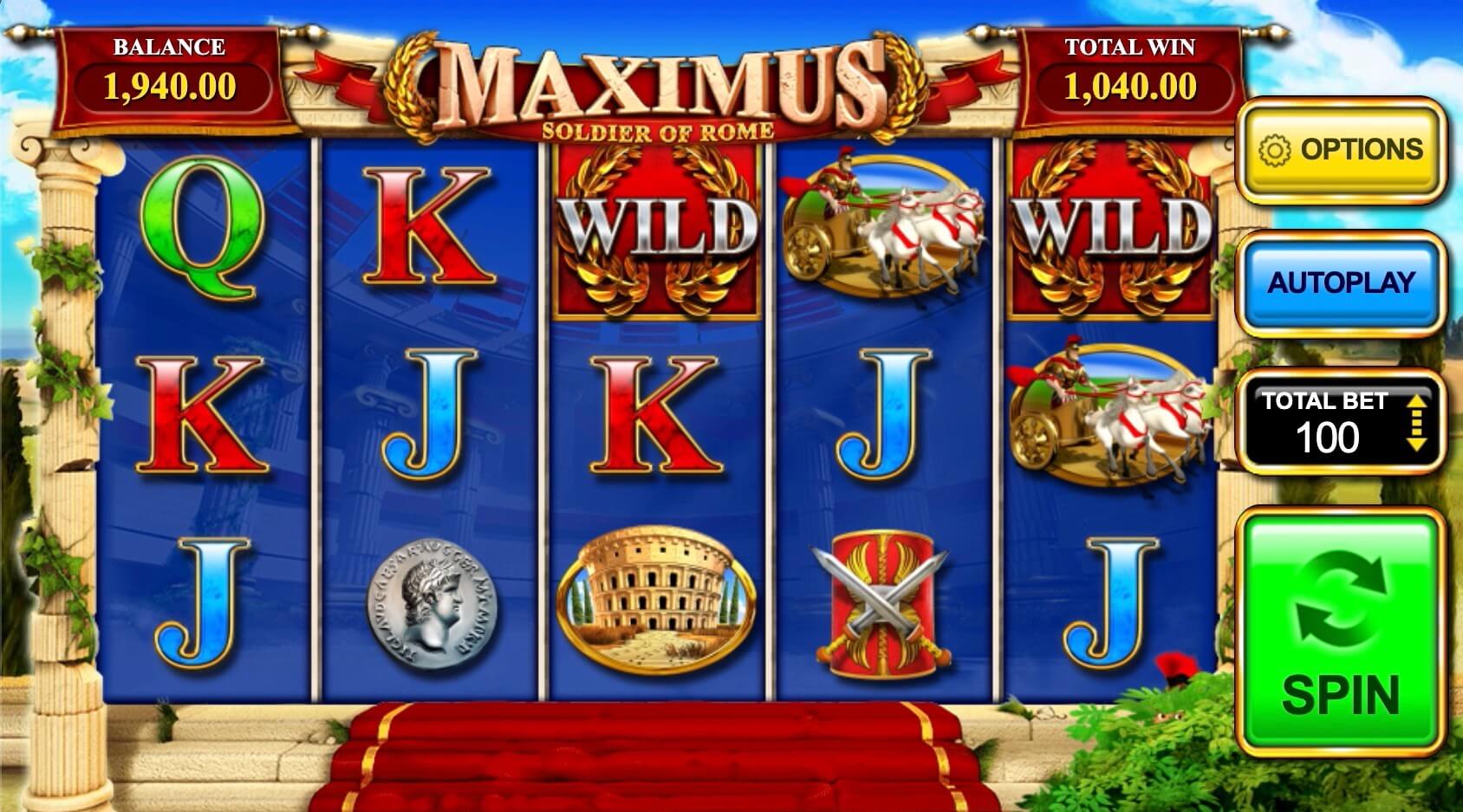 Five Roman Emperors are with 0.40. And the last but not the least, the Roman Lady is worth 0,50 for five. As you have already understood by now the minimal combination for any tile is three and the maximum is five of one kind. In case you are curious, if you bet the maximum spin bet of 500, the payouts for the maximum combination of any tile will be multiplied 5,000 times. So do the math: not 0.10 but 500, not 0.50 but 2,500.

Apart from the regular tiles, there are plenty of bonus icons. Though we have found them hard to tell apart at first. The tile with the roman warrior is the only one easily recognizable. It replaces any tiles but other bonus icons. This tile is a replacement, and it also is expandable. 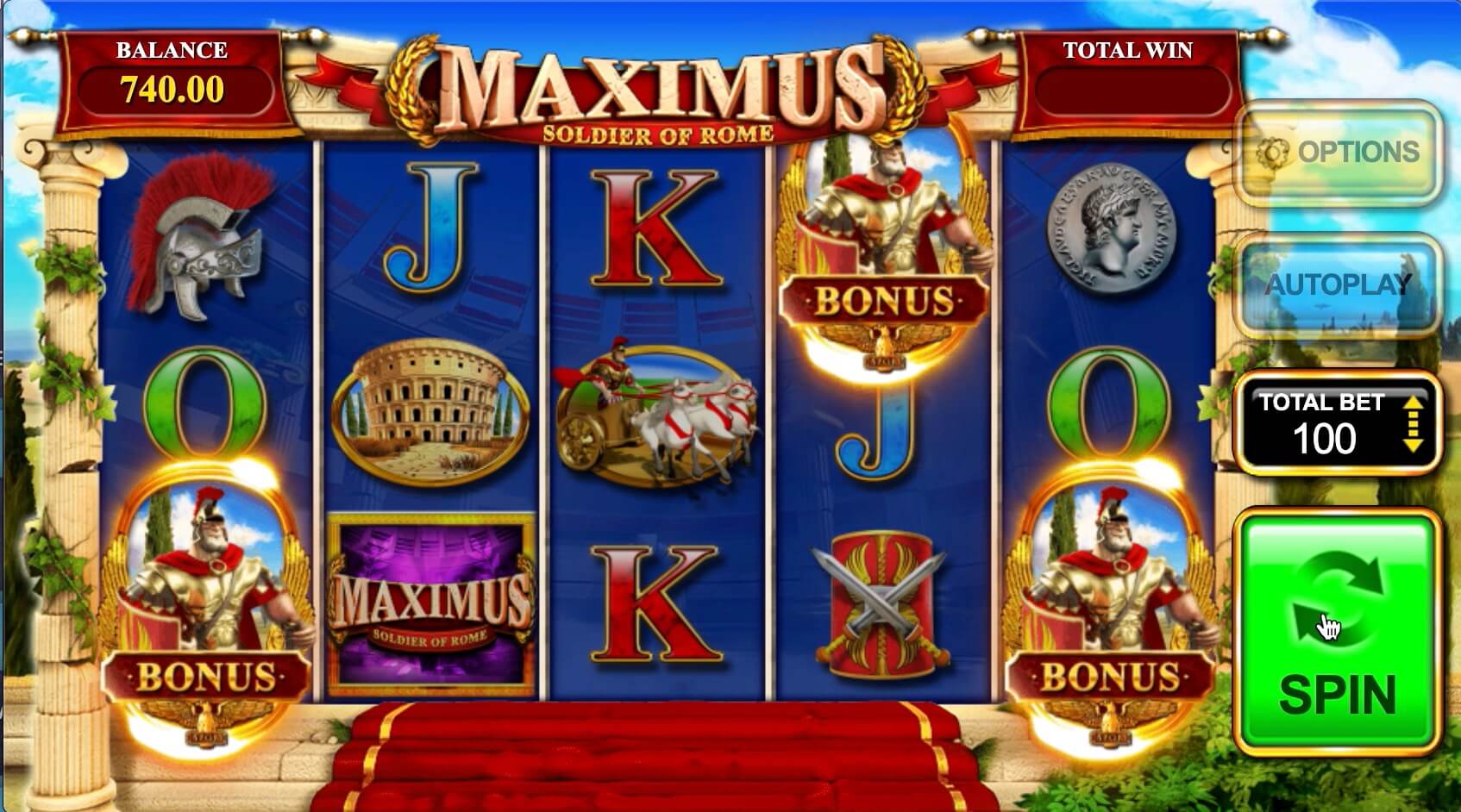 When hit during one of the spins, it takes up the entire reel. Hit it on the back three reels and the Mighty Reels mode will be initiated. There are four more bonus tiles. First, two square tiles with the game’s logo: one has a purple background and the other one has a pink background.

Those two replace any symbol in the game. Also, there are two rounded tiles with the game's logo, once again the background might be either pink or purple. All of them are scatter tiles, and they activate free games. Why do you need six tiles to activate free spins, we’ll discuss later. 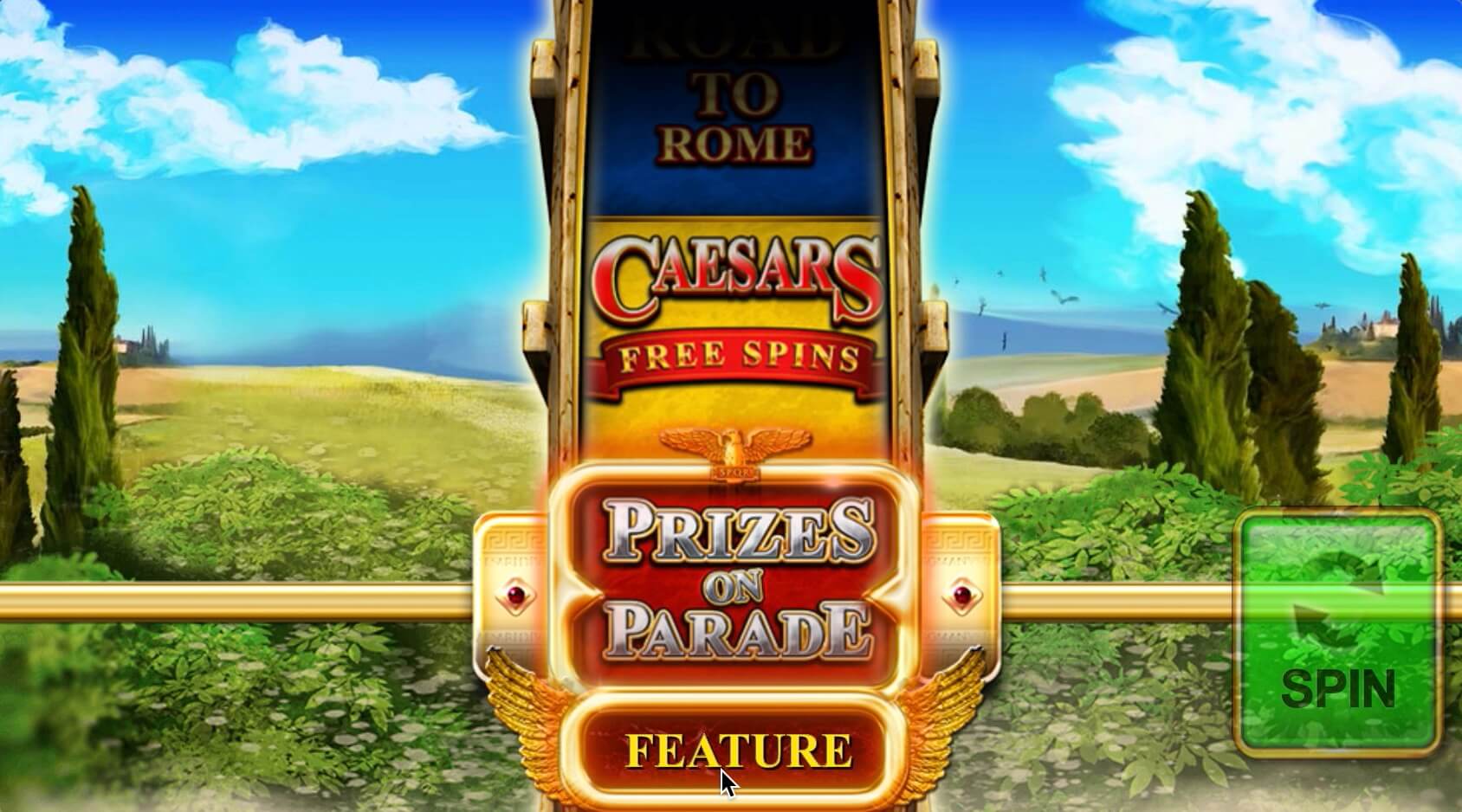 Plenty of skaters and bonus tiles usually mean there are plenty of bonus features to enjoy. And it’s absolutely true. The first bonus feature worth mentioning is the Big Bet. There are three bets at the Big Bet game: 20, 30 and 50. Each activates five big spins but has its own perks.

If you choose the 20 coins worth mode, its only perk is the expandable Roman Warrior tile. If hit, it takes up the entire reel including the locked part. The 30-worth Big Bet game features two perks: apart from the expandable warrior there is also a change in paysymbols, the lower-paid tiles with the card suits are replaced by the higher-paid tiles. 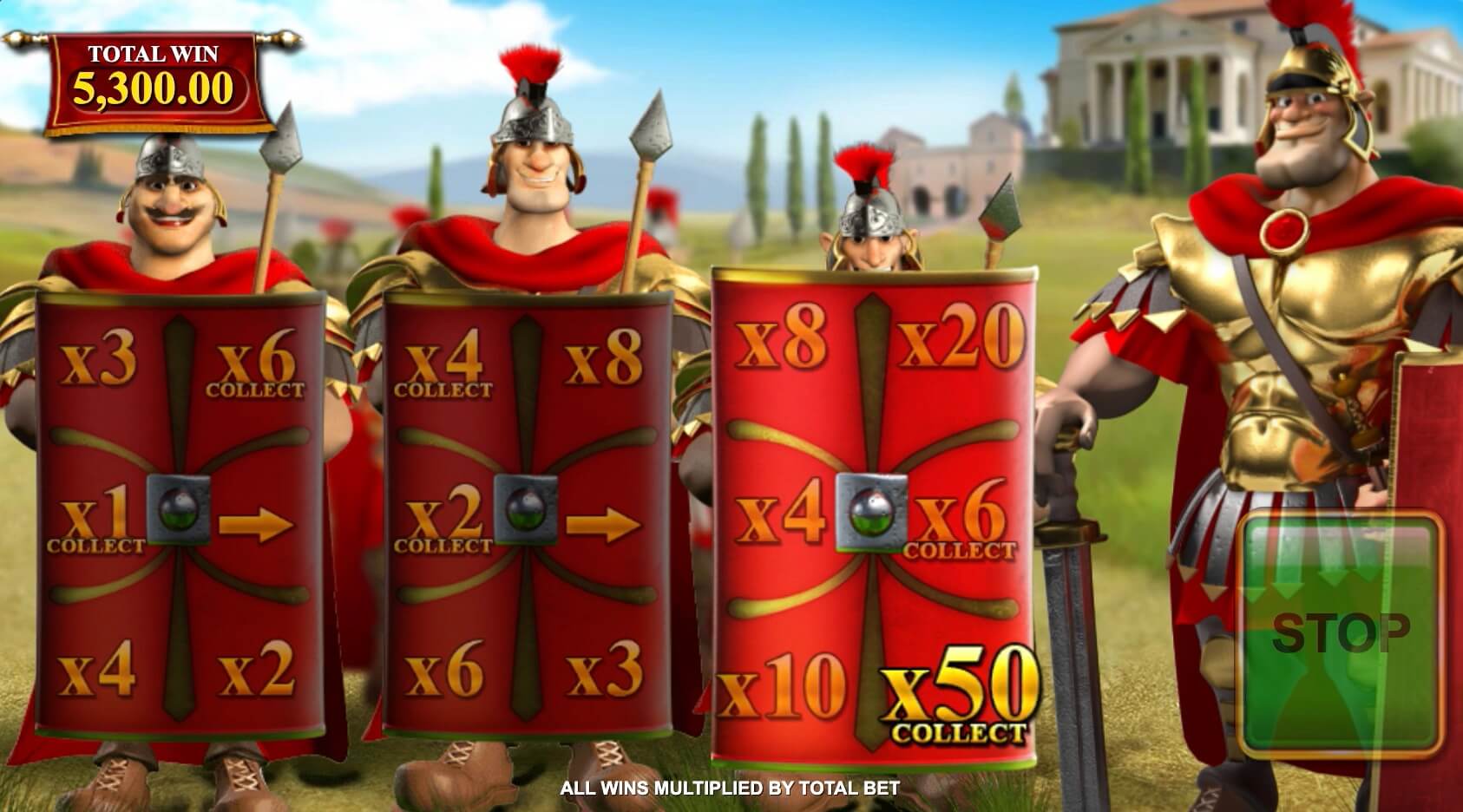 The 50-worth Big Bet apart from the previous two perks activates the Mighty Reels mode with 100 active paylines. Doesn’t seem impressive? You are wrong, as we haven't got to the best part of this bonus feature. During the Big Bet spins not only the combos hit on the paylines are counted, all identical tiles (except for the scatters) that land on adjacent reels get paid if you hit enough for a combo. Also, there is a chance to activate the free spins' mode during the Big Bet mode.

Speaking of which, the Free Spins’ is yet another bonus mode full of wins and possibilities. What do you need to activate the free spin mode? Nothing easier. Remember the scatter tiles with the game’s logo against the purple background we have mentioned earlier? 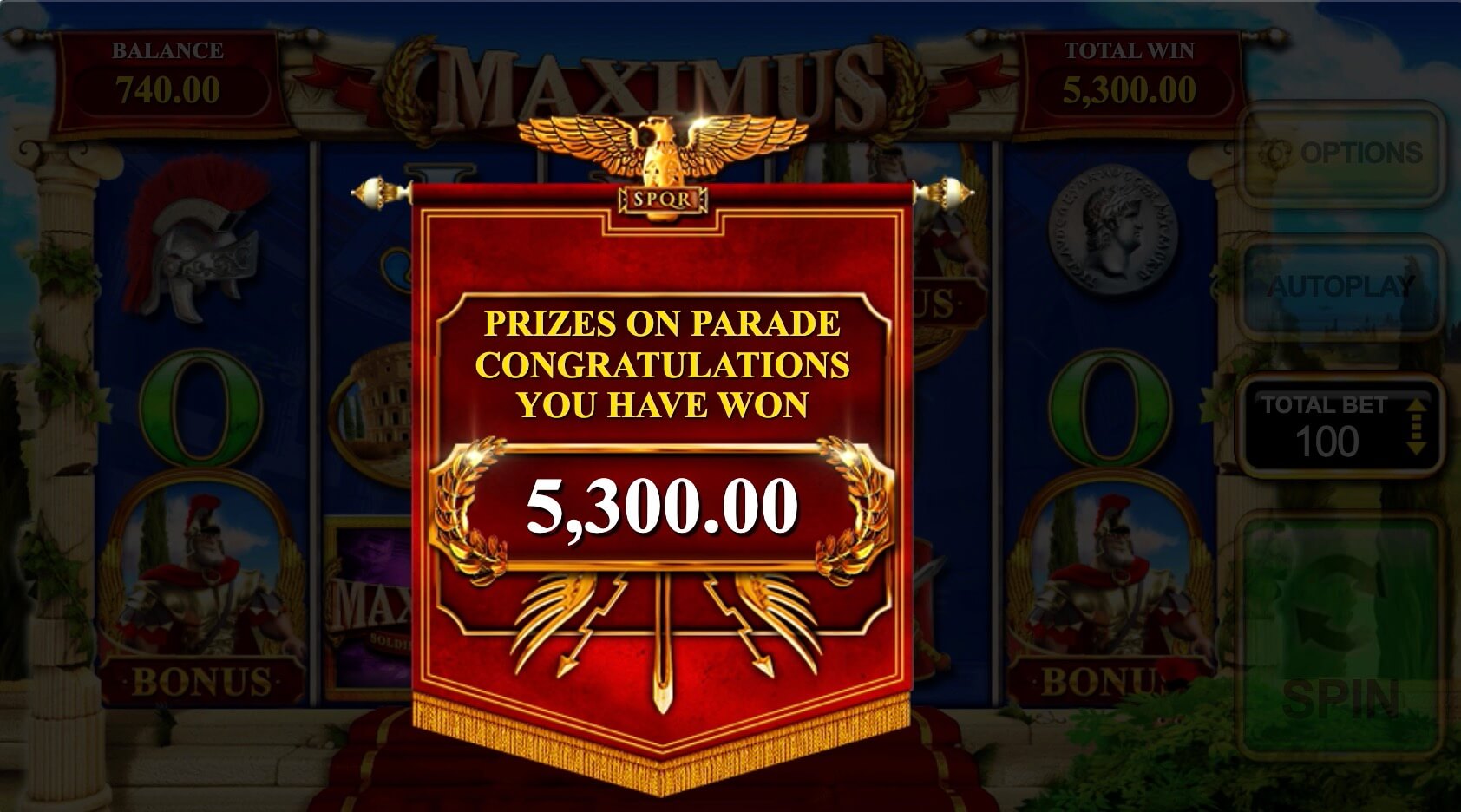 Hit at least three of those, and you are done. You will be granted 10 free games if you hit three icons, for each extra tile you will be given five more spins. The maximum amount of free spins is 25. You may wonder, why do you need two different tiles for activating one bonus. We also wondered, but the thing is, the shape of the ties differs depending on the reels they are used on.

The square tiles are used on the first 2 reels, while the rounded icons are used on the three back ones. But no matter what shape they are, their goal is the same, to activate free games. But there are even more tiles. There are two more tiles that look identical, but their background is pink. Well guess what, they activate free spins during the free spins. So those two are scatters for re-triggering the feature. 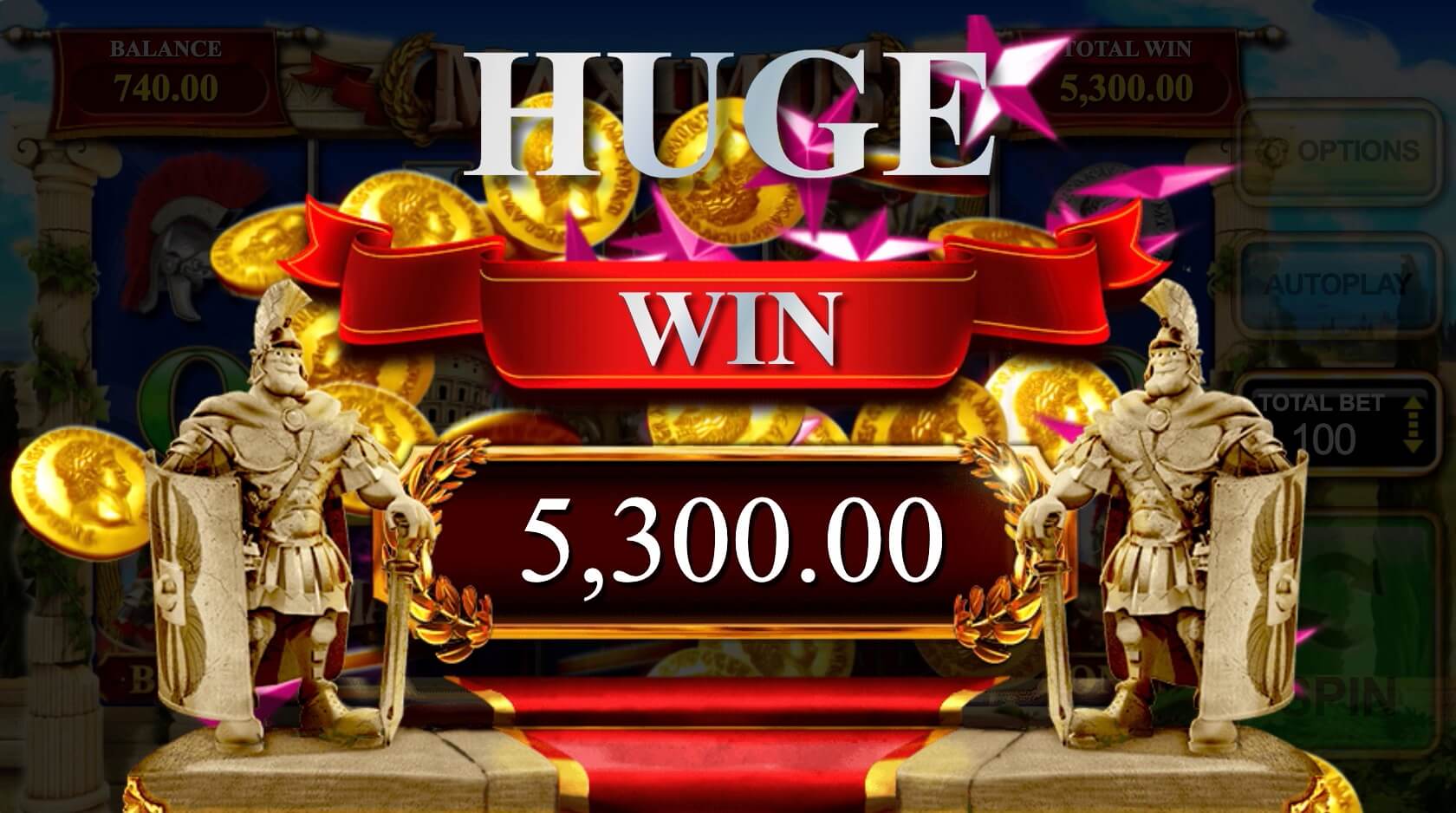 Money Burst is one more bonus game, which may turn out unbelievably profitable. It is initiated when you hit 4 identical tiles on the reels. These symbols then will take up the entire reel, and the Mighty Reels function with its 100 paylines will be activated.

Some players find Soldier of Rome confusing at first: it has unusual reels, the tiles are rather small and easily mixed up. But take some time to figure it out. It’s full of bonus perks, superb graphics and loud sound effects which we personally find annoying, but some people enjoy.