Do you know many underwater themed slots? Probably a couple of hundreds of machines will come to your mind instantly. But we bet you have never played any slot as hot as NetEnt’s Secrets of Atlantis. What makes it so special?

From the look of it, the slot seems a pretty ordinary machine. It has standard five reels, three rows and forty fixed lines. But here the boring stuff ends and the real fun begins, as the paylines of the slot are paid not one way, but both ways. So to hit a win all you need is to land a combo of at least three tiles on a payline and it may start either on the first reel or on the last one. If that is not hot then what is?! The graphics and the animation of the slot are superb. The background looks like the underwater city of Atlantis. It’s all in deep shades of navy and gray. Actually, looks extremely slick! The animated part of spinning, when certain areas of the slot get highlighted, is extremely cool: stylish but not overdone. As for the tiles, they are minimalistic but look posh.

There are only seven of them in the slot, and none are borrowed. Every tile matches the main theme of the slot. The cheapest tiles are the Jellyfish, the Turtle, and the Carb. Their combos are paid the same. The combination of three tiles are worth 3x. Four of one kind will be paid 6x. As for the max combination, it will be worth 15x. The rest of the tiles, all four of them, are much more expensive. There are three gem-stone tiles: the Blue Gem, the Red Gem and the Green Gem, and a Pearl symbol. The max Blue Gem combo will be worth 50x. Five Green Gems are paid 60x. The same amount of Red Gems are worth 70x. And the highest paid tile of the slot is the Pearl. Five of one kind will be worth 400x. By this time you probably wonder how to figure out the win size. We have never mentioned ‘times what’ the multiplier is. NetEnt offers an elaborate betting scheme. To make a bet, set the value of one coin, which may be from 0.01 to 1.00, and then choose the level at which you would like to bet. 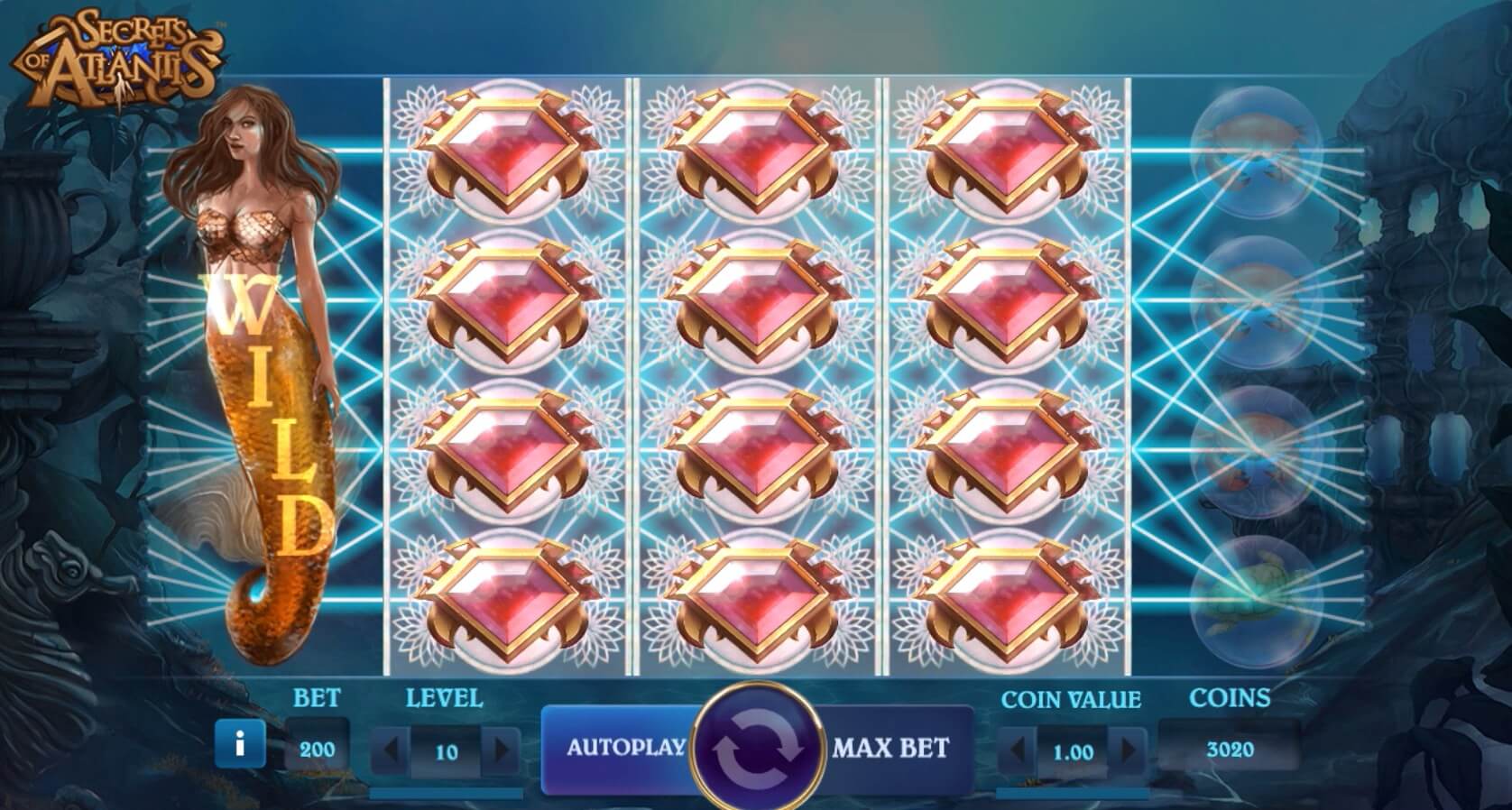 There are ten levels to choose from. The size of a spin bet depends on those values. The minimum wager will be 0.20, and the tops is 200.00 coins. But what’s more, the level determines the size of the payout. As after you hit a combo you have to multiply the value of the tile from the paytable by the level, to find out your win.

There are two bonus features at Secrets of Atlantis. First is the highlight feature. During each spin, one of the three central reels gets highlighted. If you hit three highlighted reels in one spin, it activates the bonus feature: the Colossal Symbol Re-Spin. 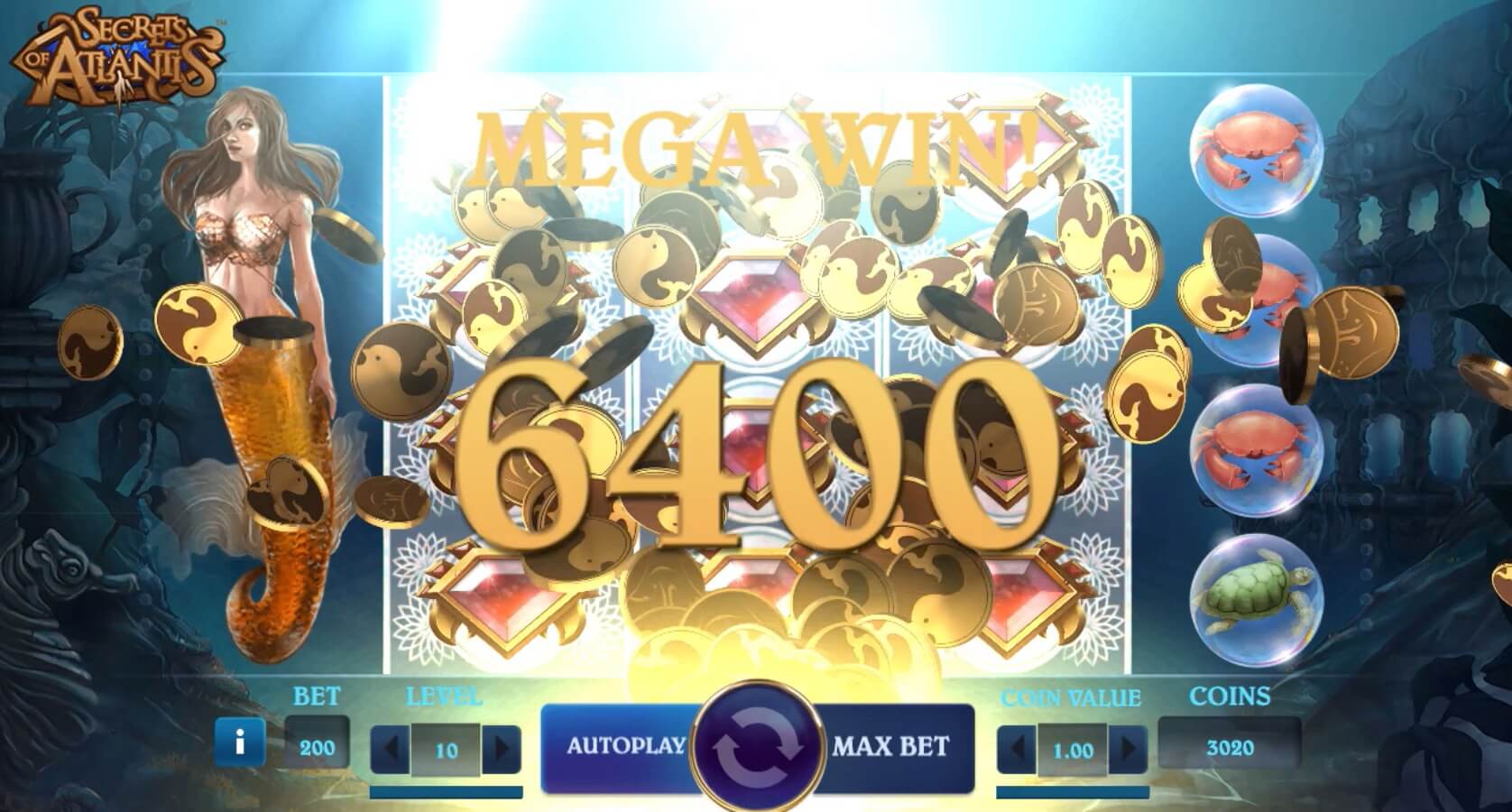 All the highlighted reels turn into one reel with one colossal 3x4 tile for an extra spin. This huge tile may be displayed either fully or just partially. It mainly depends on how the reels stop. Also, the feature is re-triggerable. By the way, even a wild tile may be a colossal symbol. 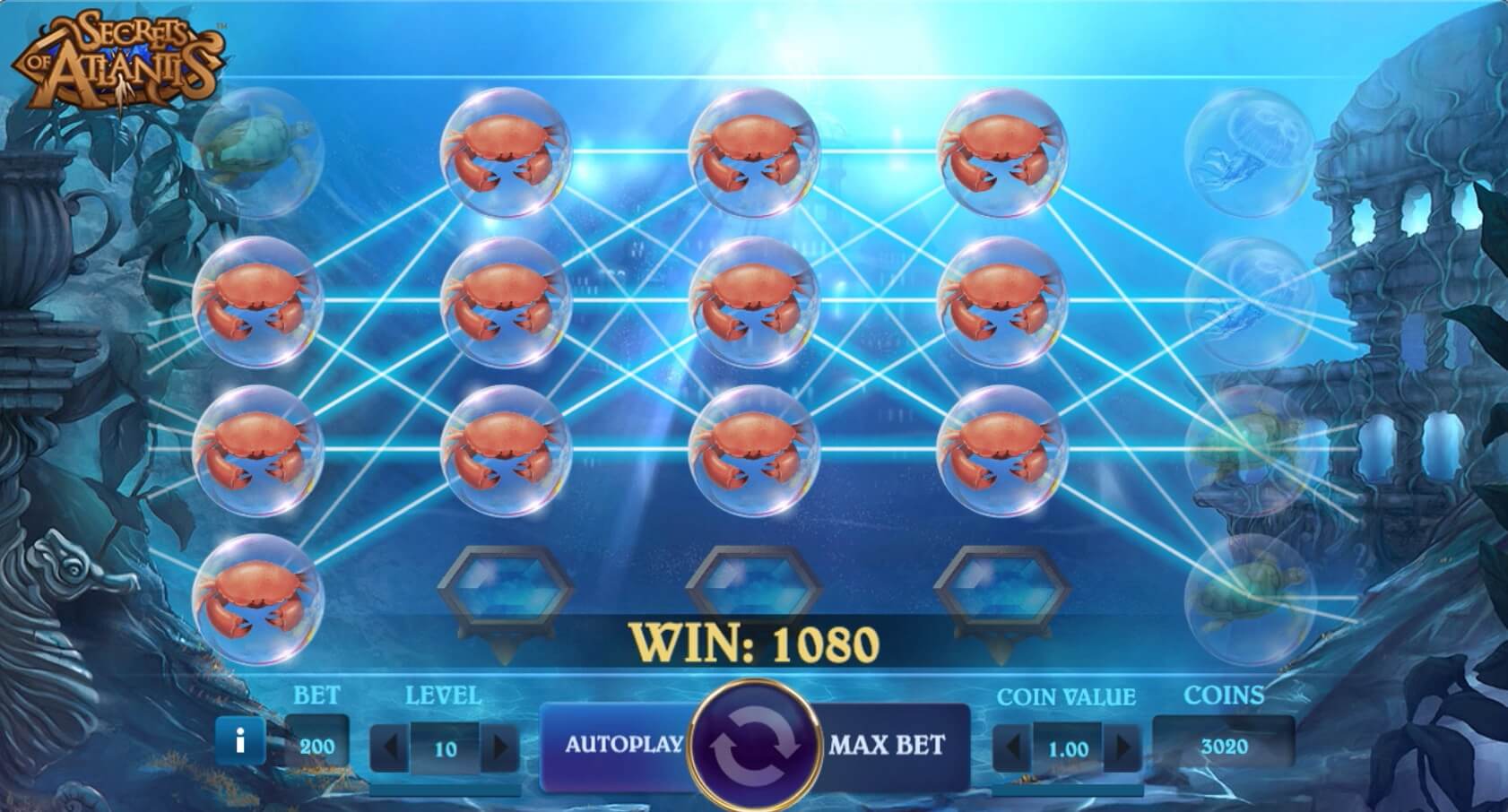 Speaking of the Wild. It is also very unusual here. The wild is stacked and occupies the whole reel, but when it lands on the active rows just partially, it gets nudged up or down so it covers the entire active reel. That is why it is called the Nudge Wild. If the wild becomes a Colossal tile for re-spins, it may be nudged as well.

So is it worth it? Why not! At Secrets of Atlantis is full of surprises. Here you get dapper top-notch graphics with the see-through reels and fully animated background. Also, you get original but simple gameplay full of stacked wilds and growing tiles. Spinning the game is easy and fun. Perfect pastime is guaranteed!