It’s Beginning to Look a Lot Like … Time to Get a Progressive!

Miss Christmas? Get your house decorated for the festivities in early November? Already bought the gifts? Have the Christmas tree decorated? Well, that’s the spirit. So why wait till December to start playing the most Christmas-ish slot of them all? Santa’s Super Slot guarantees you some holiday spirit, joy and gifts regardless of the season. 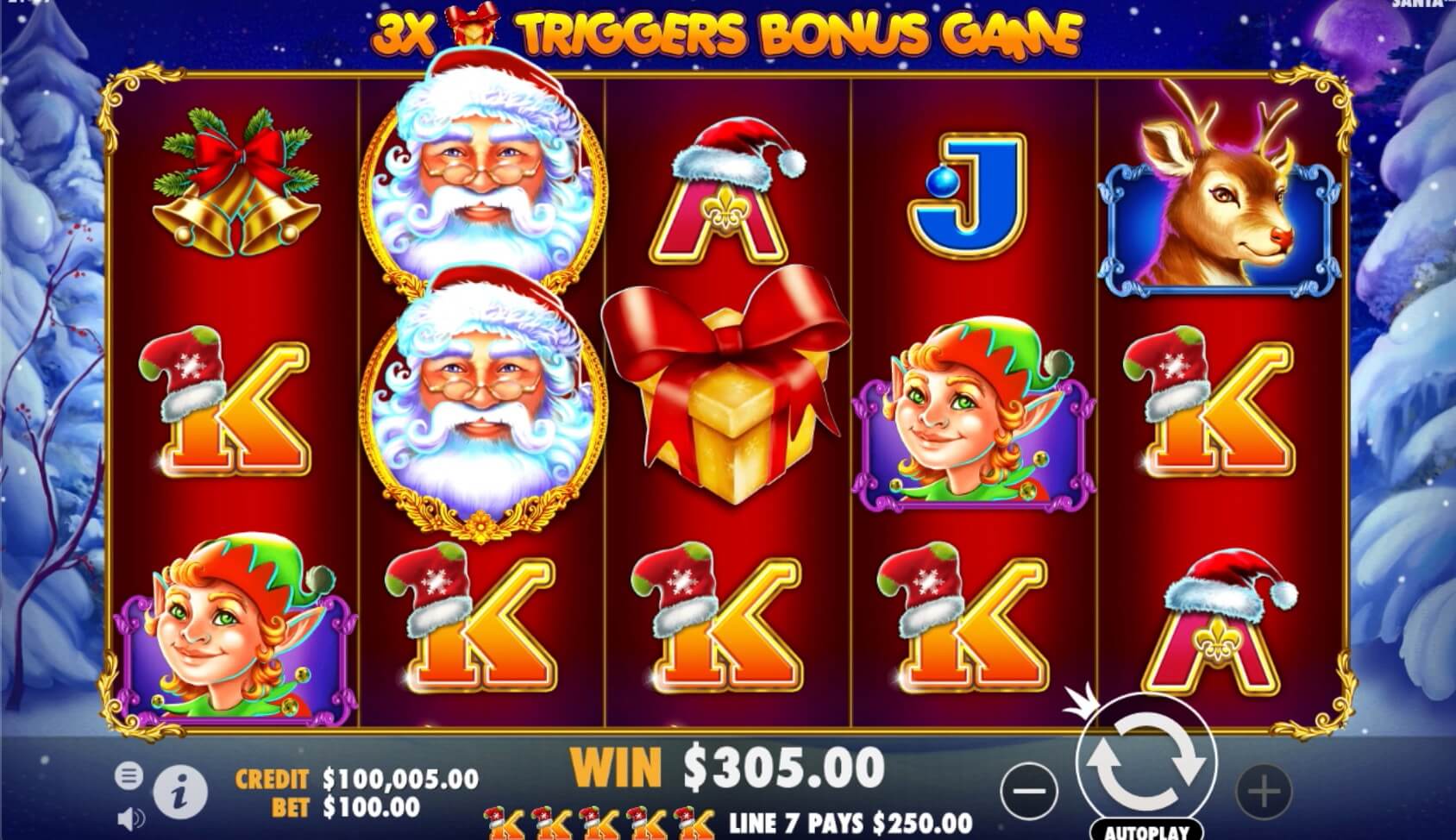 First things first, though. Santa’s Super Slot is obviously themed around Christmas. Season greetings are in every line, in every reel, and in every tile there. Right by the reels, there is Santa himself, assisting your spins and throwing snowballs at you now and then.

The layout is simple: five reels, three rows and 15 lines. The lines are fixed, thus you can’t pick the number you want. To adjust your spin bet, just fix the line wager. 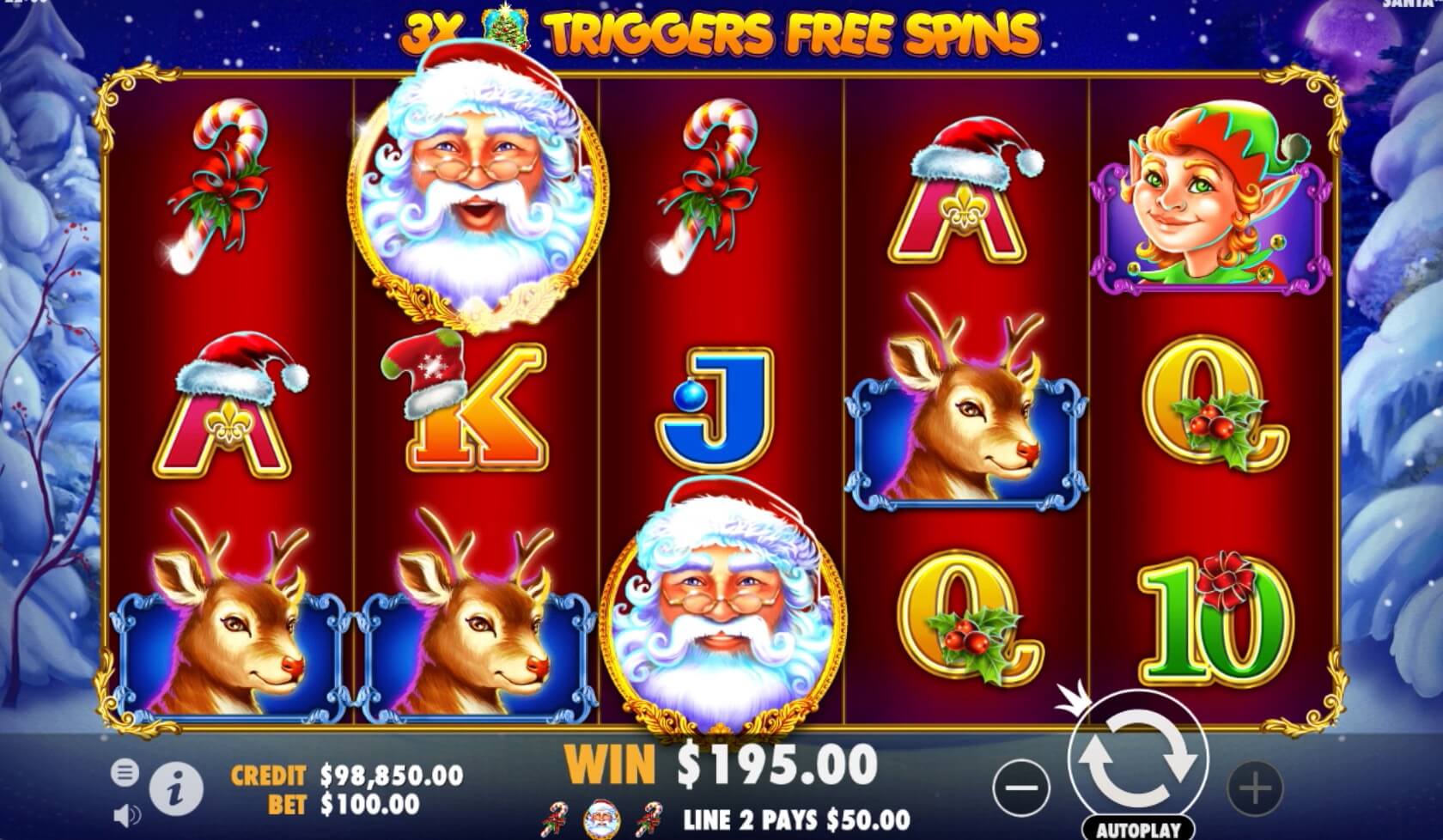 To win, land a combination of identical tiles on the payline. All combinations have to comprise from three to five symbols. Also, they all have to start on the far left reel. There are ten regular game tiles. Five of them are borrowed from cards. Five 10s are paid 50x the line bet. Jacks are worth 60x for five.

The max combo of Queens is paid 70x. The Kings are paid 80x for the set of five. And the Aces’ max combo will be paid 90x. 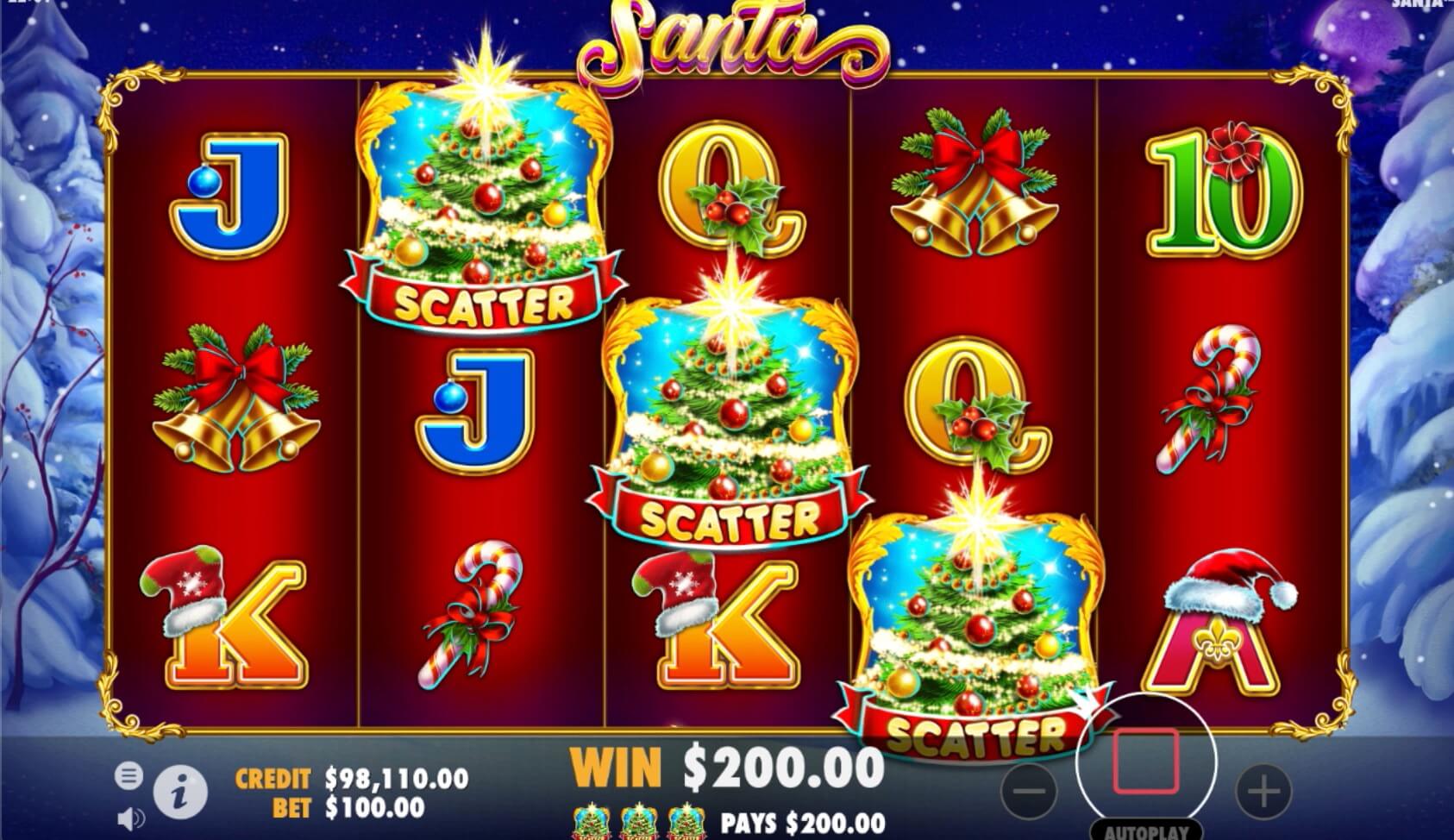 The last three tiles are actually quite peculiar. Their minimal combos start from two of one kind. So to hit a win, just land two Christmas Trees, Gingerbread Men or Stockings on the line. The payouts for small combos are also relatively small, from 3x to 5x, but Christmas is not about the money, it’s giving that is important. 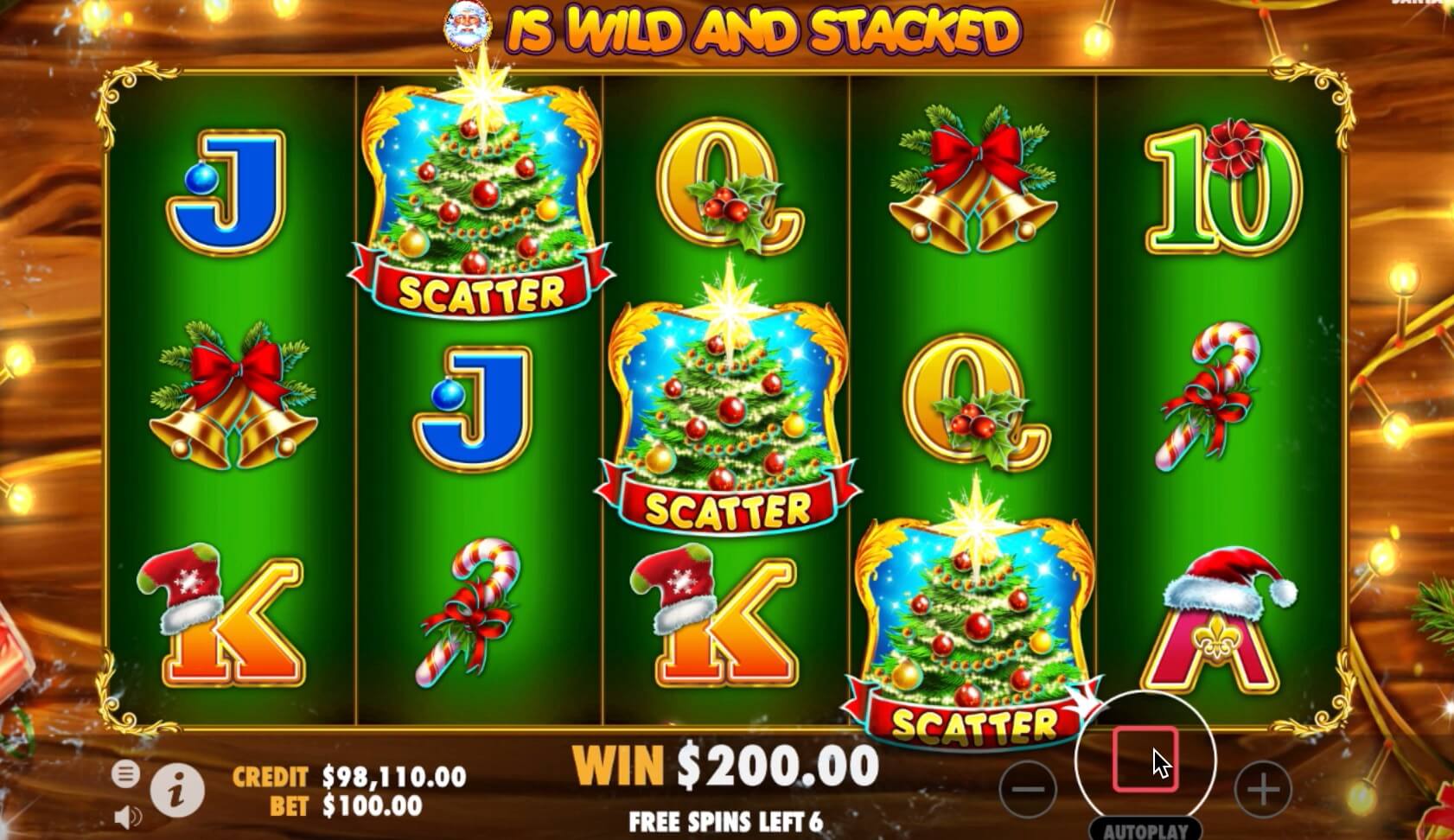 That’s all we had to say about the regular game mode. But there are plenty of bonus perks at Santa’s Super Slot. Let’s start with the Wild. The Wild is Santa himself. This icon doesn’t form a combo on its own, though. Its main function is to substitute tiles missing in combinations.

The Scatter is the slot is Rudolph. If you hit at least three Scatters on the reels, the free games’ session will begin. The more scatters you have hit, the more spins on the house you will get. But the exact number is chosen randomly. 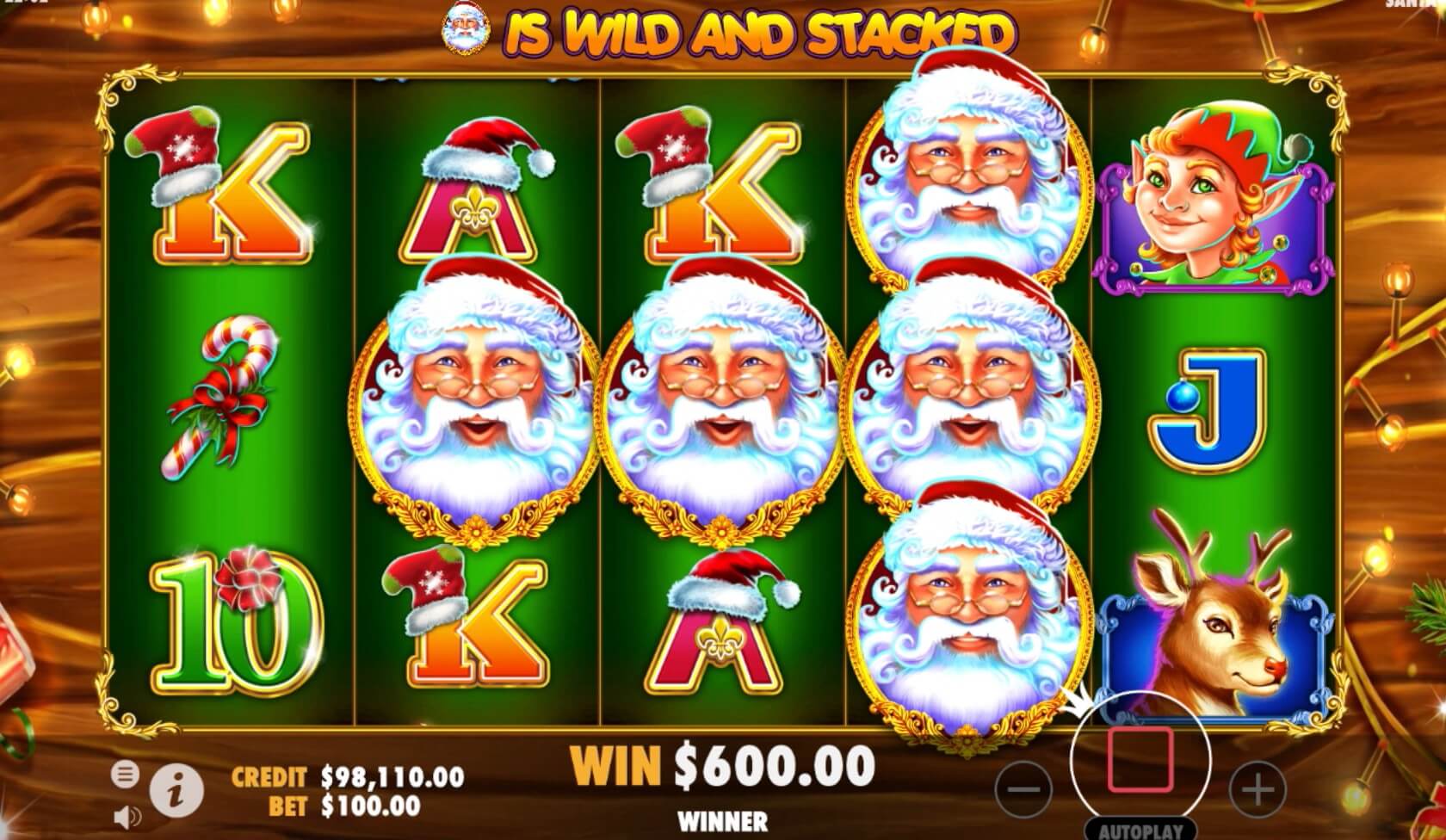 The free games are played at the bet of the triggering spin only. Another perk to enjoy at the Free Games’ mode is the Sticky Wild. An extra Wild is fixed on the reels for free spins. The number of Sticky Wilds and their position can change throughout the free games’ session. 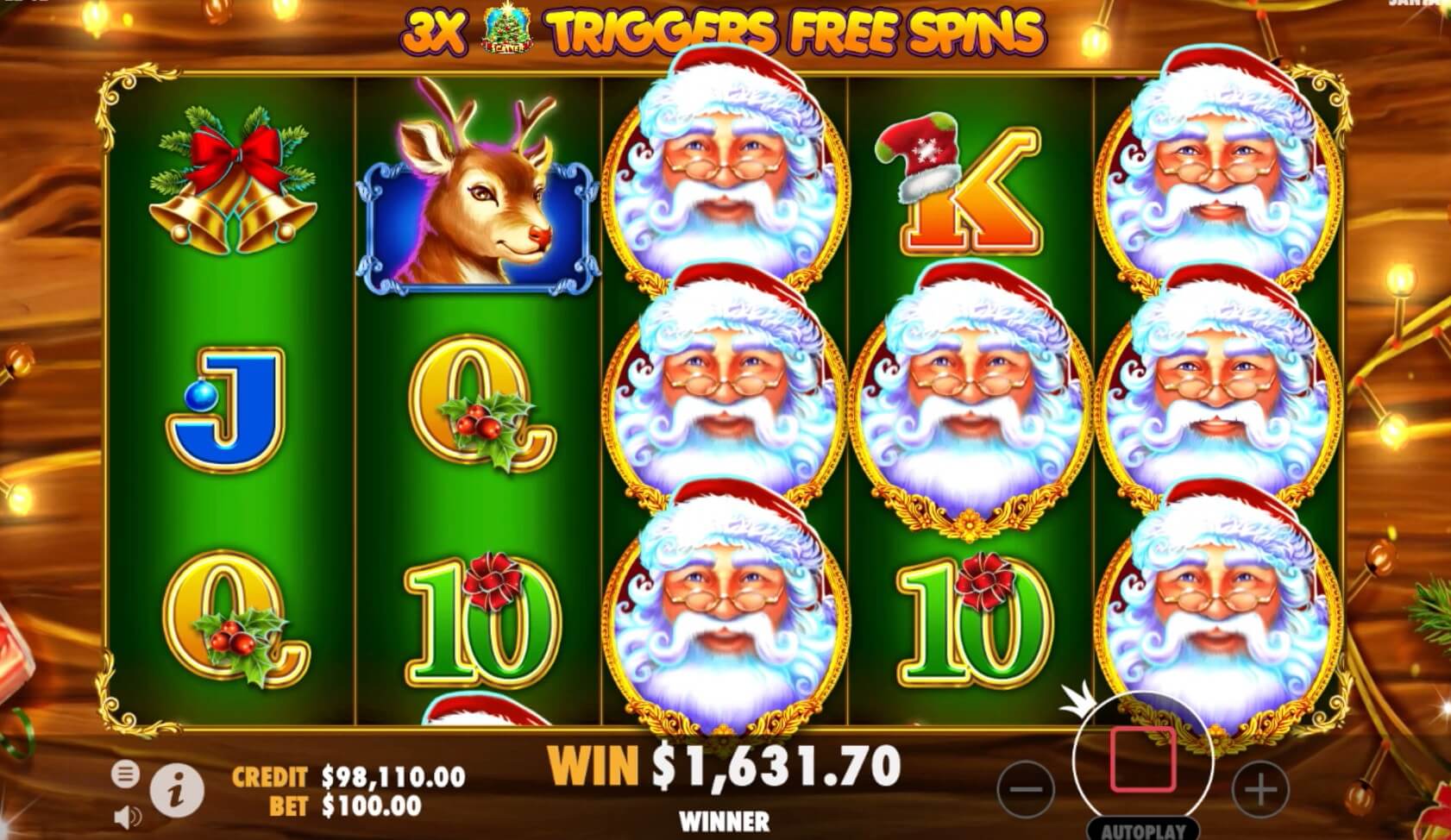 Another bonus tile is literally a Bonus tile. It’s an icon with a Present on it. It doesn’t pay anything on its own, but if you hit three or more of those, the bonus game begins. The bonus round has two levels. On the first level, you pick one out of three boxes. 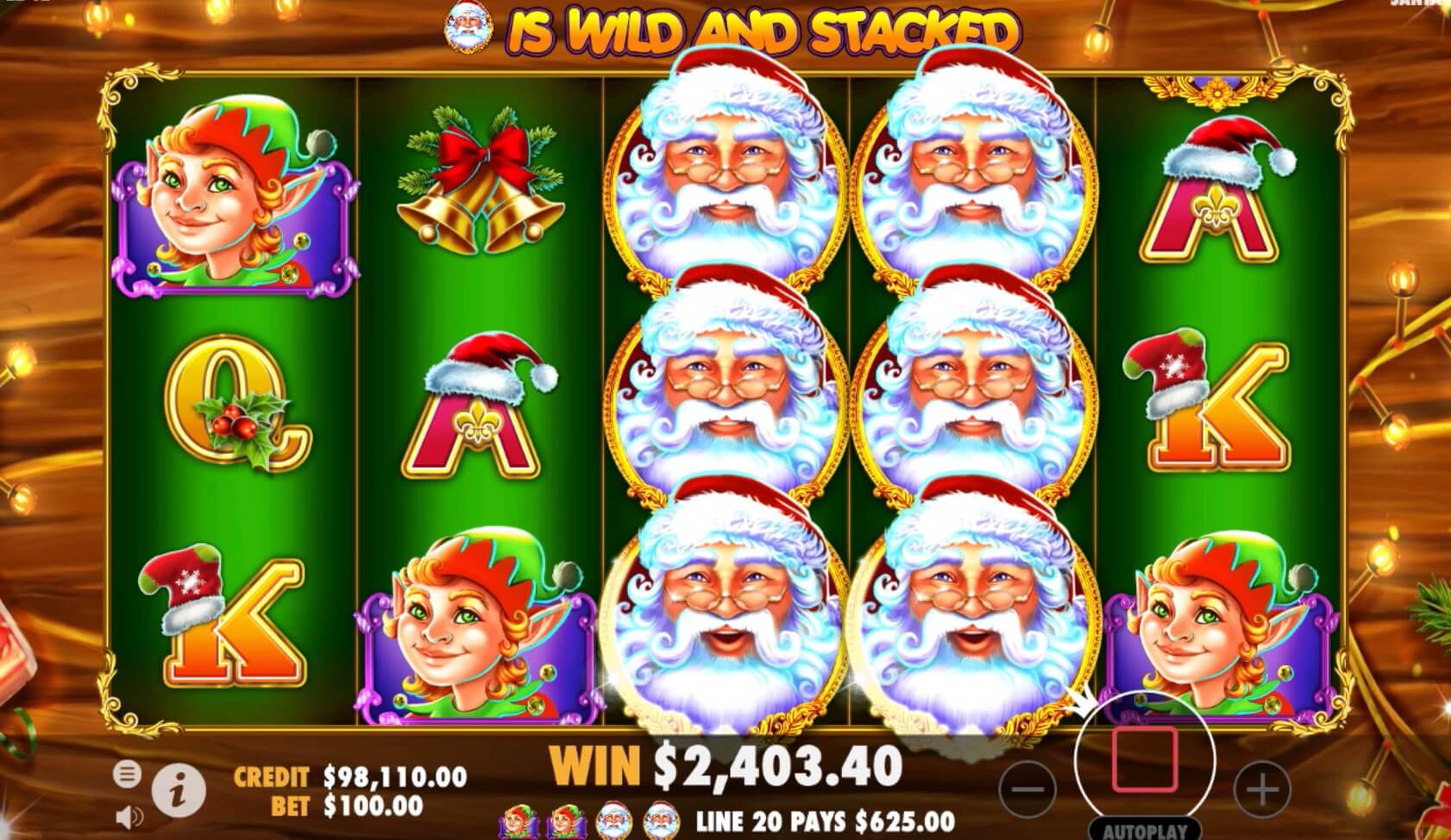 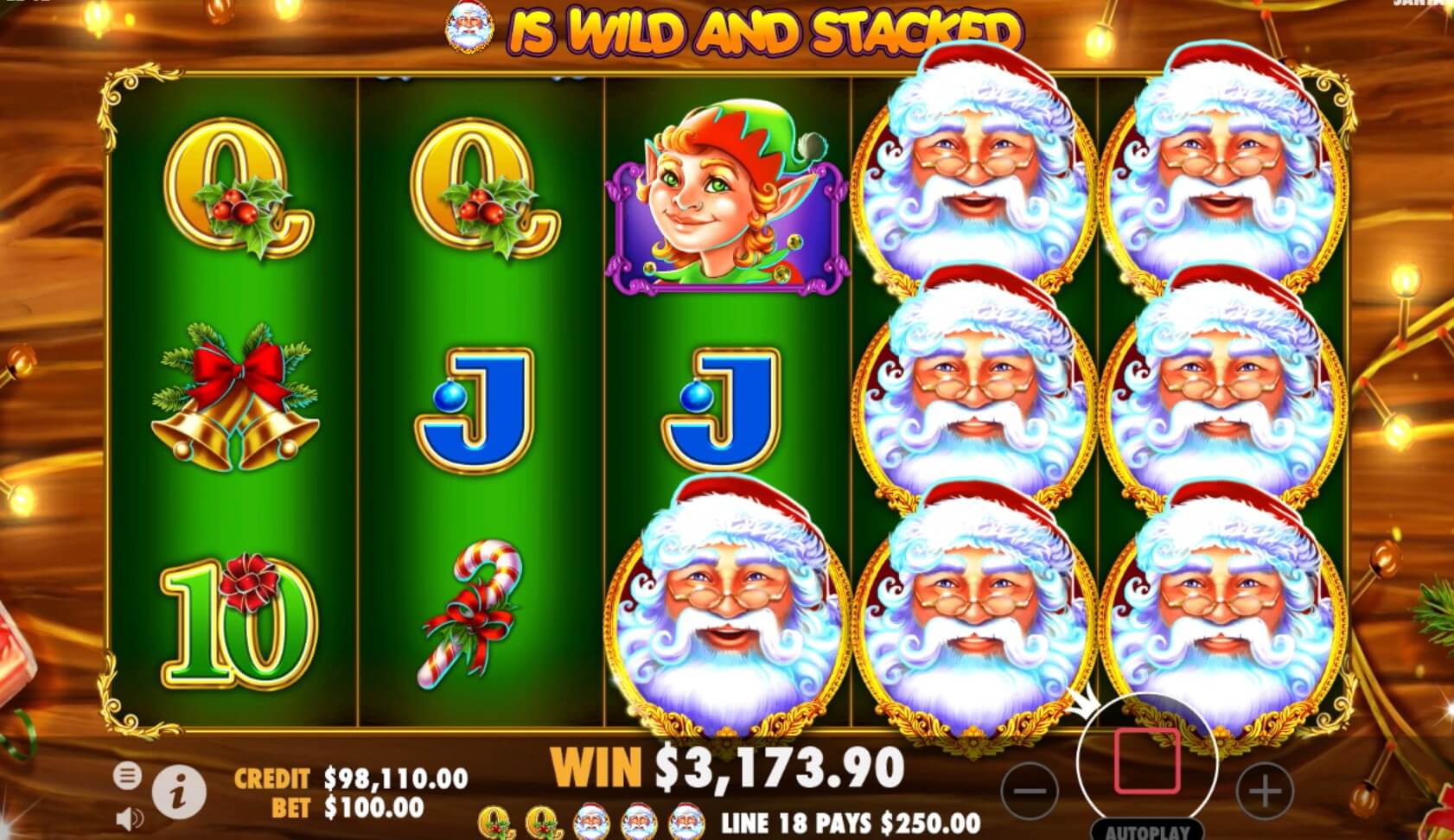 But the yummiest thing about Santa's Super Slot is its progressive Jackpot. It is awarded randomly. So you don't have to hit any special combination or anything of that kind. It may be awarded after any spin, and literally anyone can hit it. 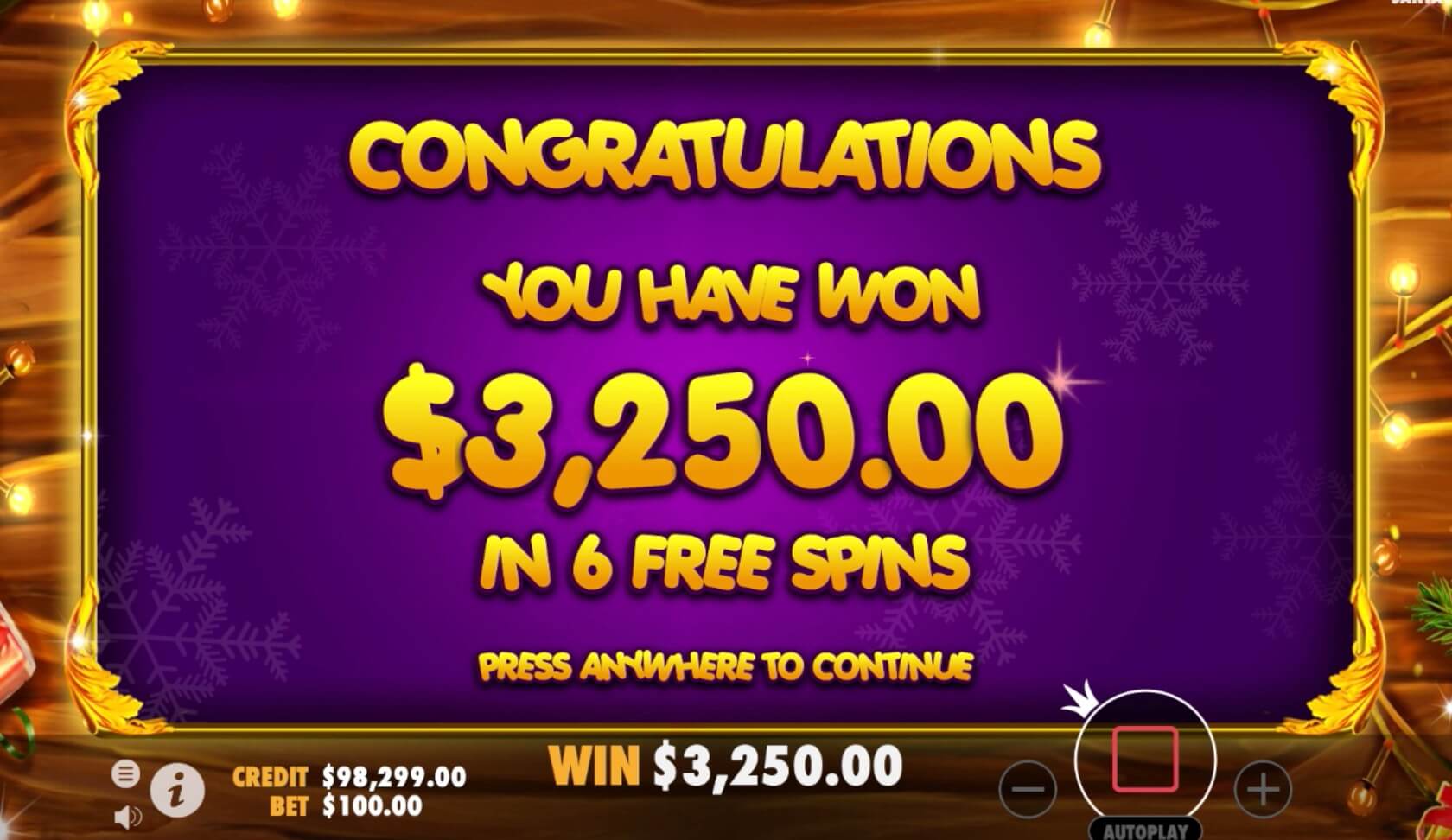 The size of the bet, though, is important. Consider this fact while betting at Santa’s Super Slot. Right now, there is a mil in the pot. Nice little present to celebrate Christmas!

Get yourself ready for the holiday season right now. No need to wait for December. Log in and play Santa’s Super Slot, enjoy spinning a simple slot in the company of Santa and Rudolph, get wins and relax! Can a game get any better!?